Losing 1.18% in a month is a more dismal than it may appear for two reasons. First, the portfolio is designed for safety. Second, most of the portfolio is in cash or medium term US Treasuries. April’s performance is like losing 50-0 without leaving the bench.

In the sections below, I discuss April in a bit more detail, reveal the current position of the Chicken Little Portfolio, and update my macroeconomic view (still depressing). 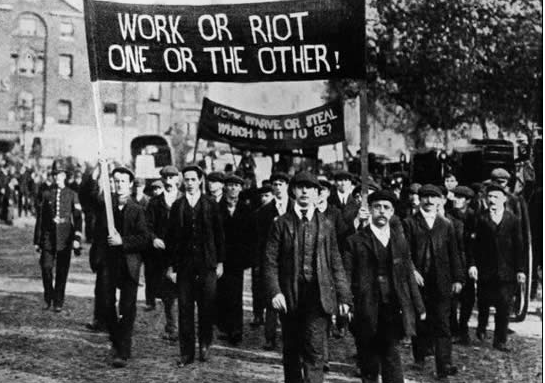 The Chicken Little Portfolio lost 1.18% in March. This is almost entirely caused by the fact that long-term US Treasury bonds lost 3.62%.

The US stock market ended April almost exactly where it started. Stocks outside the US did better, gold prices did not change, and long-term US Treasury bonds lost big. 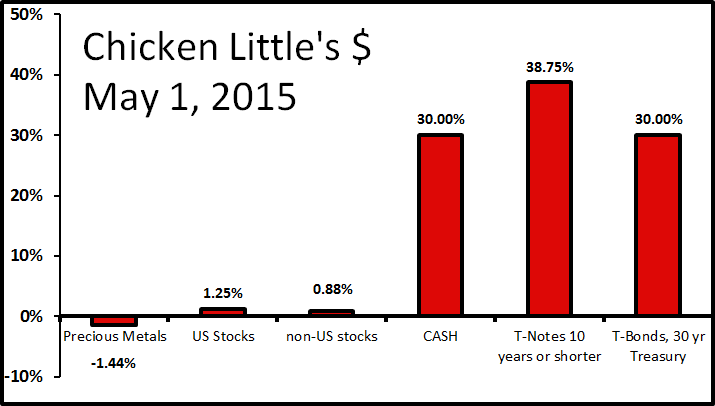 As of May 1st, the chicken little portfolio remains ready for a deflationary depression. The only substantial risk in the portfolio is the 30% position in Long-Term US Treasury bonds. The only change in the last month is within emerging market stocks (moving from short to long in tiny amounts). 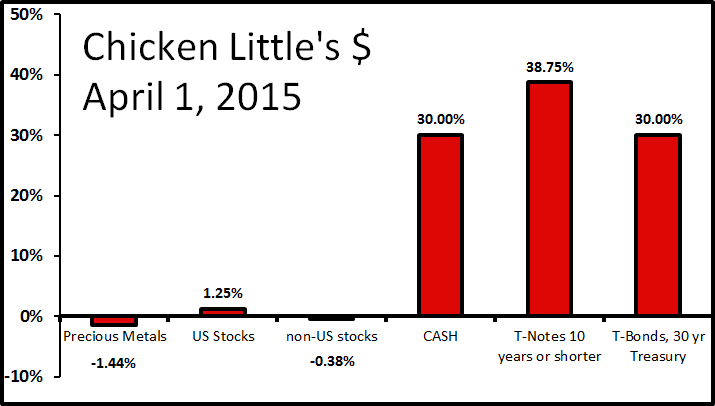 One way for Chicken Little to prosper

There is only one way for the Chicken Little to have strong returns -- that is for long-term US Treasury bonds to go up in price. My core thesis is that the US economy will be sufficiently weak so that the Federal Reserve does not raise interest rates as soon as is currently priced in by the market. 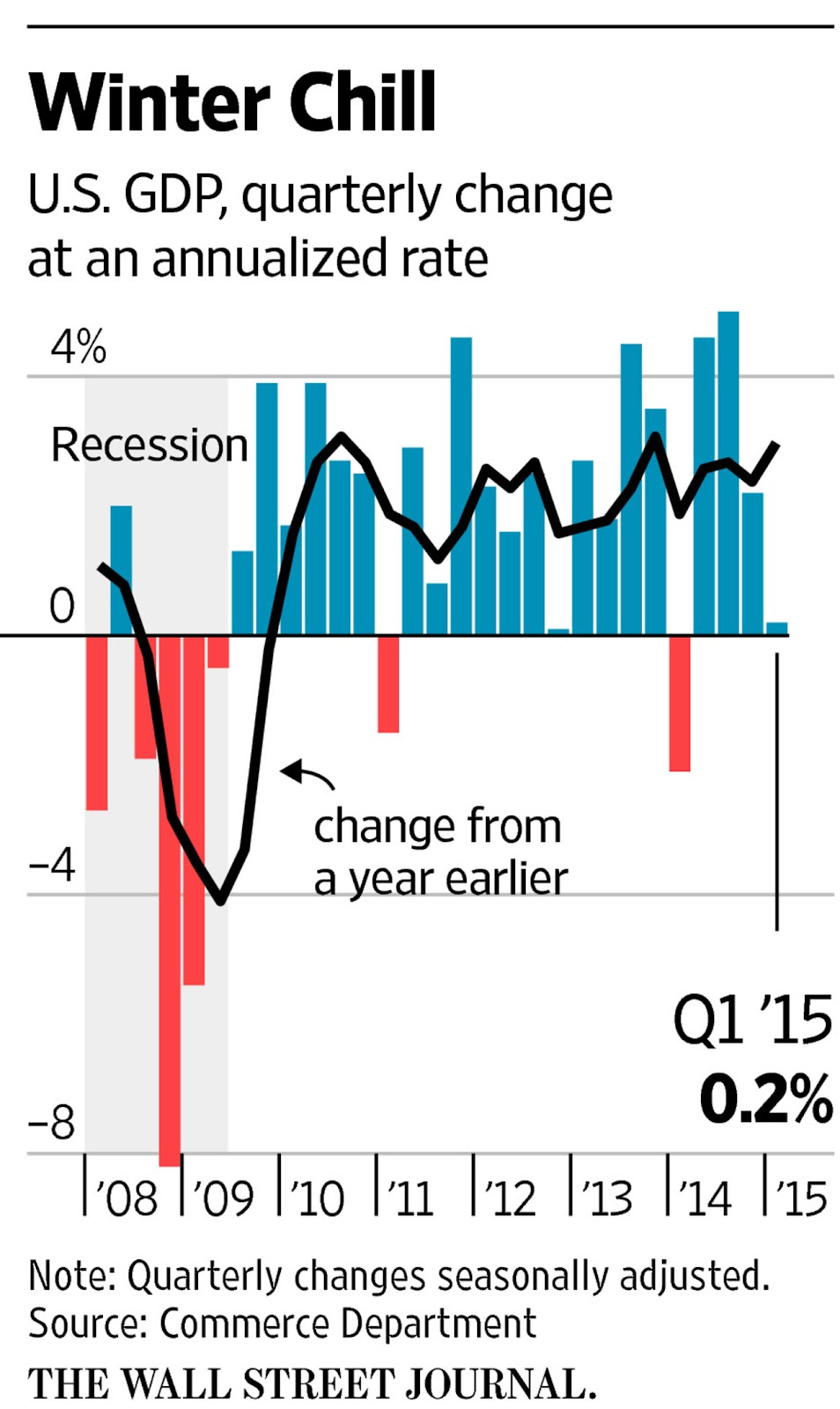 The nation’s central bank pointed to cooling economic activity and reduced job-market gains in its policy statement Wednesday, underscoring uncertainty among officials about when the economy will rebound and clouding the timing of when they will begin to raise interest rates. Earlier in 2015, many officials thought a midyear rate increase was possible. Now it looks highly unlikely.
Three ways for Chicken Little to lose money

Legendary trader Paul Tudor Jones told me to spend more time on how I could be wrong that right. Accordingly, here are the top three ways that the Chicken Little Portfolio can perform poorly.

Perhaps the Federal Reserve is really smart. They have saved the world from disaster. As the economy recovers, interest rates will rise gradually while stock markets rally, housing prices rise, and more people get high wage jobs. 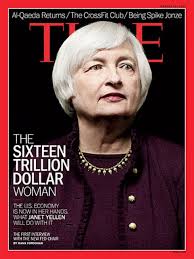 #2 The Fed chooses an inflationary depression.

The Fed has created $4 Trillion in new assets in the last 7 years (see my article Dow 5000 revisited). So far, the monetary creation has not fueled consumer price inflation in most parts of the world. However, the Fed has the power to create consumer price inflation if it chooses. For example, there is no legal barrier to the Fed creating $400 Trillion in new assets on its balance sheet tomorrow. 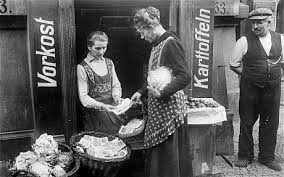 In an inflationary world, long term Treasury bonds will lose most of their value.

Ben Bernanke has a blog, and he writes that he did not throw seniors under the bus. Low interest rates hurt savers including senior citizens. In response, Ben Bernanke writes, “The state of the economy, not the Fed, is the ultimate determinant of the sustainable level of real returns. This helps explain why real interest rates are low throughout the industrialized world”


Perhaps the Fed is not in control of rates. One possible outcome is that the Fed chooses not to raise interest rates, but long-term US rates rise. If the Fed forgoes rate hikes, but the market increase long-term rates, the Chicken Little portfolio will suffer.
Terry Burnham
Share